Paneer Jalfrezi is a quick stir fry made with paneer, vegetables such as bell peppers, onions and Indian spices. This low carb easy paneer recipe takes less than 30 minutes to prepare. Instead of ordering takeout, you can quickly prepare this dish.

This Paneer Jalfrezi recipe is

The Jalfrezi dish is thought to have originated in India during the British colonial era. This vegetarian side dish was created using leftovers. It was originally made with leftover meats (roasted or marinated) and vegetables, as well as onions and spices to flavor the cold meat.

Jalfrezi or Jhalfrezi is a combination of two words, jhal and frezi. The first word is likely from Bengali and means spicy. This Anglo-Indian curry was created in Kolkata, India's capital during the British rule and later became popular worldwide. Hence, the dish's name includes a Bengali word. It is a popular dish in Indian restaurants in the United Kingdom.

Paneer: The star ingredient of this dish is paneer. You can use store-bought paneer or make your own.

Ginger-Garlic Paste: I have used homemade ginger paste and garlic paste in this dish.

How to make Paneer Jalfrezi

This semi-dry paneer jalfrezi is super simple to make, especially if you're in a hurry or don't want to cook something elaborate.

If you are using store bought paneer. Take it out the paneer block from refrigerator and soak it into warm water for 10 minutes. Later cut it into desired size. You can prepare paneer at home. Click here to know How to make Paneer at home.

Jalfrezi uses a stir-fry cooking method, so slicing the vegetables into thin strips speeds up the cooking process. Cut the paneer into strips as well.

I always prefer to sauté paneer lightly before adding them into any curry. You can avoid this step. Heat the oil in a skillet and lightly sauté the paneer strips with a pinch of salt. Set them aside once completed.

Now, add the bay leaf and cumin seeds to the remaining oil and allow them to sputter. Once the oil turns aromatic, add sliced onions and sauté for few minutes.

Next combine the ginger and garlic paste. Add all of the spice powders, including salt, turmeric, red chilli powder, cumin powder, and coriander powder. Combine thoroughly.

Cook for a few minutes after adding the green chilli and bell pepper slices.

Next add sliced tomatoes and cook until the raw smell is gone. You can add tomato puree and tomato ketchup to your curry for a more tangy flavor and add a hint of sugar to balance the flavor.

Finally, stir in the sautéed paneer strips. Turn off the heat and sprinkle with chopped coriander and julienned ginger on top.

Paneer Jalfrezi goes well with any kind of Indian flatbread, such as roti, naan, kulcha, paratha, and so on. You can also serve it with plain rice, jeera rice and varieties of pulao including matar paneer pulao.

There are many ways to modify paneer jalfrezi. You can make vegetable jalfrezi by omitting the paneer from this recipe. In the veg jalfrezi recipe, you can use a variety of vegetables.

To make a vegan jalfrezi, replace the paneer with tofu.

Since this curry is almost entirely dry, adding water and ketchup or tomato puree will make it saucier.

You can store paneer jalfrezi for up to 2-3 days in an airtight container. You can reheat in the microwave or on the stovetop.

Add leftover jalfrezi in your roti to make a delicious roll. You can also add it in between your breads to make sandwich. 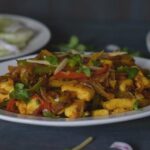 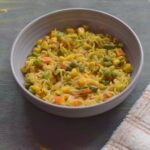 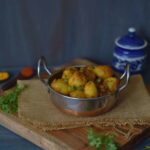 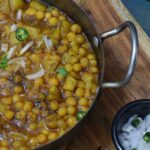 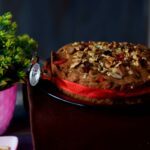 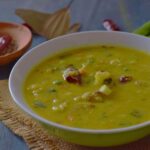